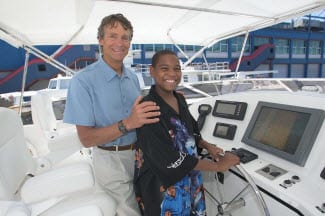 Ted Forstmann and John Walton met through their shared passion for helping low-income children escape poverty through educational opportunity. They were early donors and supporters of the Washington Scholarship Fund (WSF), which was founded to provide scholarships for families in Washington, DC. When WSF received more than 8,000 scholarship applications for the 1998-99 school year, Ted and John realized there was real demand for alternatives to the public school system – and that the demand existed not only in Washington, DC but in cities across the country. 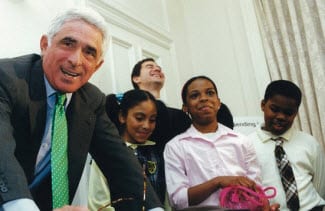 The scale of the challenge led them to co-found CSF, and in 1998, CSF officially launched by offering 40,000 K-8 scholarships – worth almost $200 million – to low-income families across America. The parents of more than 1.25 million students applied for the four-year scholarships. Although Ted and John originally thought CSF would be a four-year effort – a demonstration to highlight to public officials the scale of the challenge – they immediately realized CSF would require a commitment of many years.

Both our founders have sadly passed away, yet their passion and dedication to children and American education live on in CSF. And the work continues. Since 1998 we have provided scholarships worth $989 million dollars to 200,750 children and their families. And we have helped launch similar scholarship programs and counseled other education reform efforts across the country.