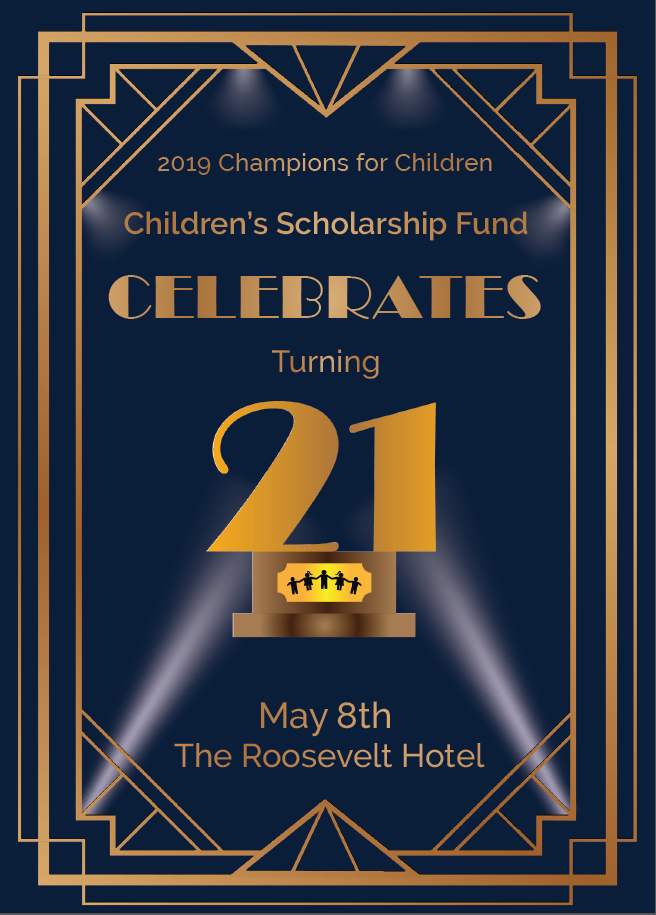 TICKETS ARE ON SALE NOW!

The Children’s Scholarship Fund’s (CSF) 2019 Champions for Children Awards celebration will be held on Wednesday, May 8th, from 6:30-9 PM at The Roosevelt Hotel (45 E. 45th Street near Madison Ave.) in New York City.

This year, CSF turns 21, and we are commemorating this special milestone by celebrating three generations of Champions for Children:

This year’s emcee is Juan Williams, Fox News political analyst and co-host of The Five.

The celebration will include a cocktail reception, silent auction, and seated program with entertainment and a chance to hear from our honorees. Proceeds from the event will fund CSF scholarships for low-income children in New York City.

We hope you will join us for what promises to be a truly uplifting evening! For details about tickets and sponsorships, please visit bit.ly/CSF21 or contact Michele Mitola at mmitola@scholarshipfund.org or 212-515-7108. View the invitation here.