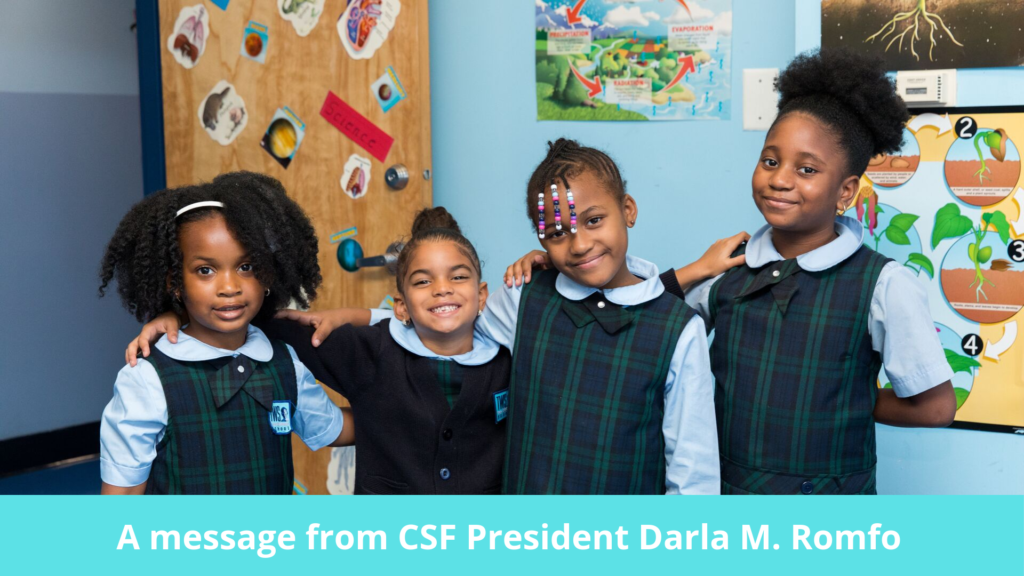 The Children’s Scholarship Fund (CSF) has always held true to the conviction that parents are the first educators of their children and empowering them to make the best choice about where to send their children to school is our central focus.

A recent book by Robert Pondiscio about his year embedded in a Success Academy school (How the Other Half Learns) and a very different article by George Packer in the October Atlantic Monthly (“The Culture War Devours Our Children”) reinforce the point in different ways.

In his book, Mr. Pondiscio cites research saying children are more successful when there are higher levels of parent involvement and quotes education professor William Jeynes saying, “[H]igh levels of involvement are more easily achieved when parents have chosen a particular school for their child.”  Pondiscio continues, “The very act of choosing one school over another implies a significant level of parental awareness and discernment.” In the case of CSF, the additional act of paying for part of the tuition draws the parent even further into the awareness and discernment process. And we see every year that our parents are becoming more enlightened choosers on behalf of their children.

The Packer article immediately caught my attention when I pulled my Atlantic Monthly from my mailbox last weekend and proved to be quite a page-turner. It depicted the culture wars playing out in an elementary school in Brooklyn, but an underlying thread in the story is the struggle of parents to find the right place for their children to learn. I felt the pain of a boy named Marcus and his mother. Students, including Marcus, wept when their acceptance letters for middle school came in and Marcus’ mother left an administrator’s office in “fury and despair” when the boy was matched with a school he did not want to attend. As I said, the article is about much more than this issue, but every part speaks to the need for families to have true choices.

Over the years, our CSF parents have consistently expressed satisfaction with their chosen schools and the results for our CSF Scholars can’t be argued with. Our kids, whose family income levels are at or near the poverty level, graduate high school at 94.4 percent compared to 75.9 percent overall graduation rate for New York City. They also attend and complete college at several multiples more than their similarly situated peers. This is more than a little remarkable, and it is a true joy to partner with and empower these parents to help their children.

I hope the information the two voices of Pondiscio and Packer have added to the public discussion about education will help pave the road for more parents to be given greater power in making the right educational choices for their children. Given the proven difference it makes for their children and the mostly dismal history of so many other “education reforms,” it certainly seems worth a try.